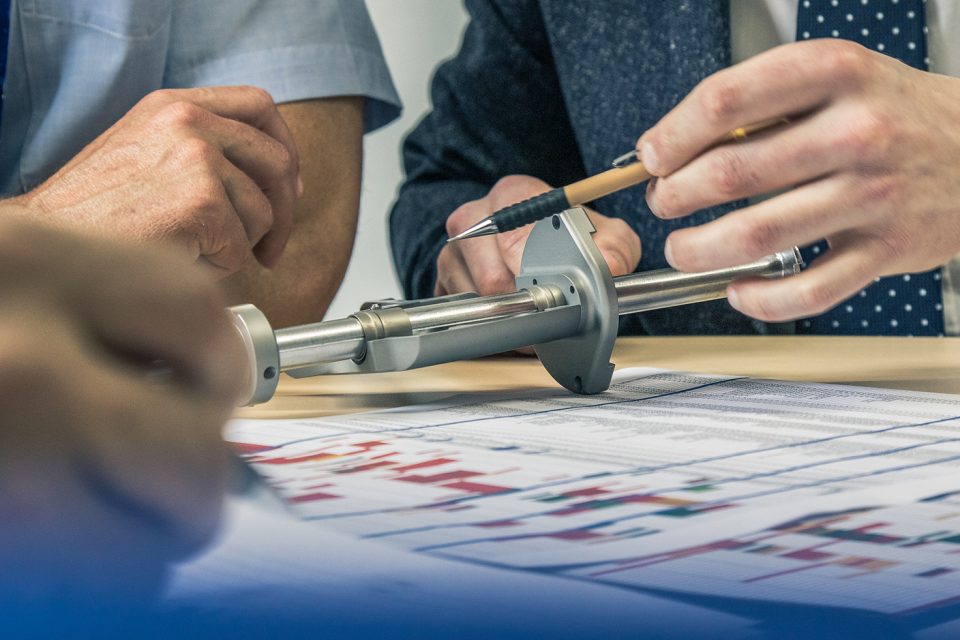 Kirkstall Precision Engineering believe they’re only as good as the people they employ. They aren’t content with simply filling vacant positions – every member of the team embarks on a journey of progression and professional development when they arrive at work every day. As the company operates in such a fast-paced environment across a spectrum of sectors, bolstering their team with new blood and ensuring the existing team are being constantly challenged is pivotal to achieving lasting success.

All of this hard work begins in their Apprenticeship Academy.

Due to their record of success with hiring apprentices since the 1990s, KPE have invested in a new premise and purpose-built infrastructure solely for the development of apprentice engineers. The motives behind its opening were twofold. Firstly, training up the next generation of industry talent would give them instant access to a talent pool that was not only promising and hungry to learn, but also proven. Secondly, it was their way of giving back to the engineering community. From first-hand experience, they know that great engineers thrive off working with other engineers and it also ensures traditional craftsmanship stays at a high level and doesn’t die out.

It’s something that makes them unique among their competition, as Managing Director, Adam Thornton, is keen to point out. “A lot of manufacturers choose to neglect person-to-person training and instead focus solely on machinery upgrades. We’re one of the very few companies that actually run and operate an apprenticeship scheme with a purpose-built facility, and the reason for that is simple. While it’s important to stay up to date on the latest technology, we believe there’s no substitute for traditional, hands-on training.”

The Academy itself covers anything from nine-week T Level qualifications to four-year advanced apprenticeship programmes, consisting of one day a week theory at a local college, then four days of practical training at the academy. Once an apprentice has proven themselves competent, they will then be promoted to work in manufacturing workshops, where they will spend 12 months in each department, learning and developing the necessary skills to thrive as an engineer. Managing Director, Adam Thornton, firmly believes it’s this extensive programme which guarantees graduates from the academy are ready for life beyond the classroom.

“We have a 95% retention rate among graduates. In fact, 75% our current workforce is made up of academy graduates, with some 50% of our supervisor or manager roles filled by a graduate too.” added Adam.

The academy is obviously something that instils a great sense of pride among the employees here, which should come as no surprise seeing as many of them directly benefitted from the scheme in the past. However, it’s clear that the academy isn’t just as a box ticking exercise, it’s a real, functioning part of Kirkstall Precision’s business model and it would be a lot poorer without it.

In the majority of cases, once an apprentice has finished their training, they are offered a full-time position. Kirkstall Precision believe they are best placed to oversee the transition from apprentice to fully-fledged engineer, as they have been monitoring their progression over the past four years. Throughout their training, they will have made notes and earmarked specific candidates for specific career progression routes based on their strengths, weaknesses and areas of interest.

The Apprenticeship Academy is an invaluable resource. It puts KPE in contact with the best and brightest upcoming talent, enabling them to refresh and enhance their workforce, but also places the apprentice in an environment that is centred solely around their professional development and progression.

The employees here at KPE don’t need to be convinced of the Academy’s benefits – they’re living success stories – but they do believe it has its merits over a university education. “Our curriculum is a perfect balance between the practical and the theoretical. Every apprentice will have to effectively execute what they’ve learnt in the classroom in a real-life setting before progressing, which isn’t always the case when studying engineering at degree level.” – Craig Dowling, Manufacturing Manager.

Adam is buoyed by the success of the scheme so far, but has his eyes set on how it can be improved even further. “We not only want to encourage young people to consider a career in engineering, but we want to increase our duty to helping other, less represented groups discover the joys of working in engineering. We currently have one female second year apprentice on our books, who is progressing well, but we’d like to see this evolve into more of a normal thing and less of an anomaly in years to come.”

PrevPreviousISO13485: A licence to practise in the medical engineering sector
NextReady and able to help the UK Government beat Covid-19 with our 24/7 design, engineering and manufacturing expertiseNext